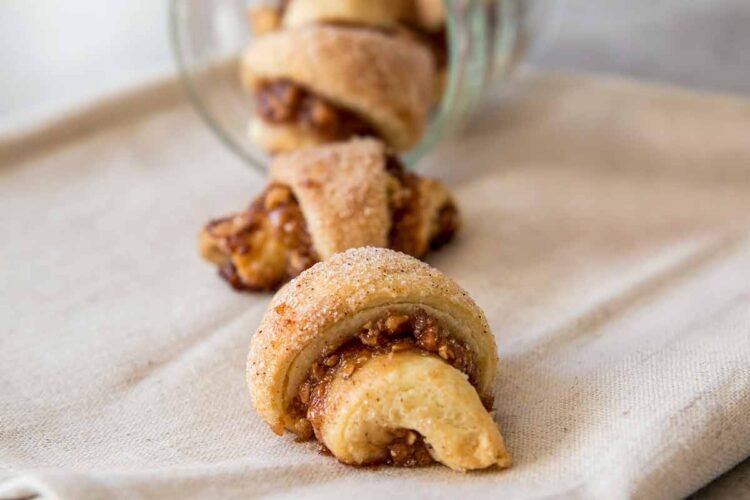 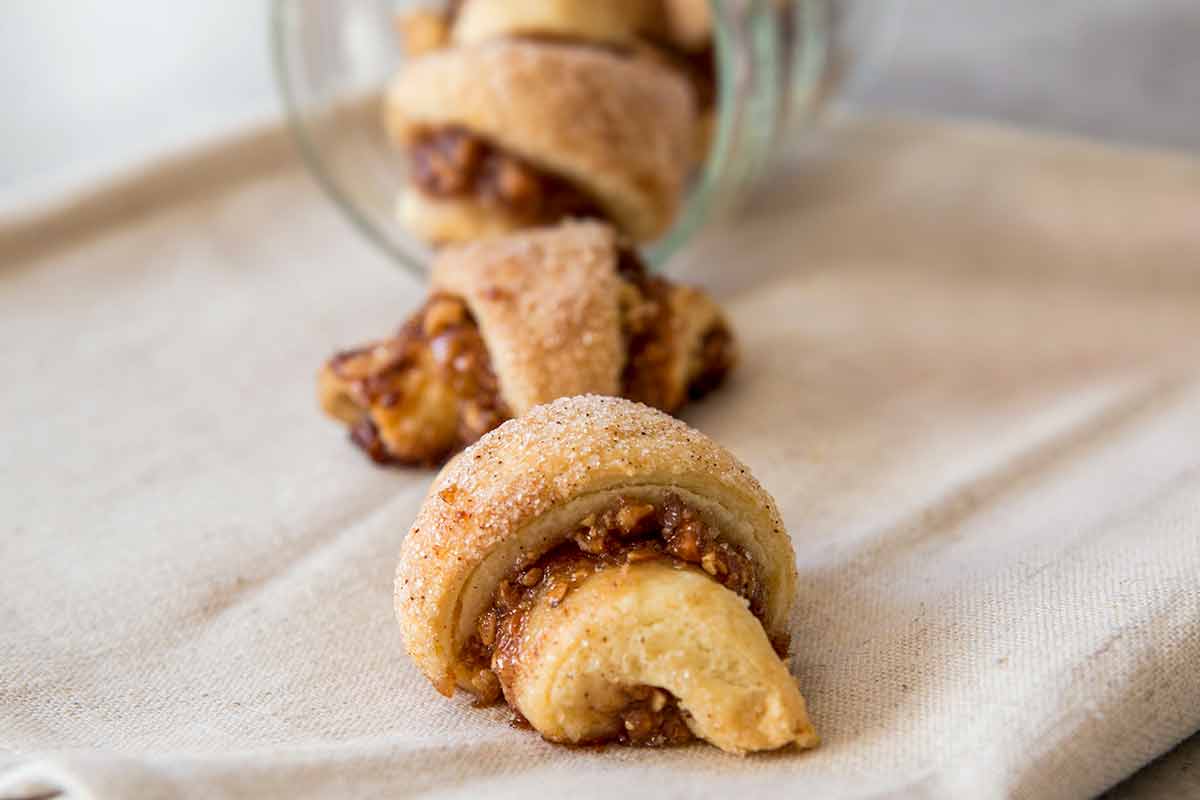 Dorie Greenspan’s rugelach is exactly what you’d expect from the incomparable Dorie. This rugelach combines a tender, flaky, and tangy cream cheese dough, rolled around loads of fillings that include, well…cinnamon sugar, chopped nuts, bittersweet chocolate, jam, and currants, or anything else you could desire. 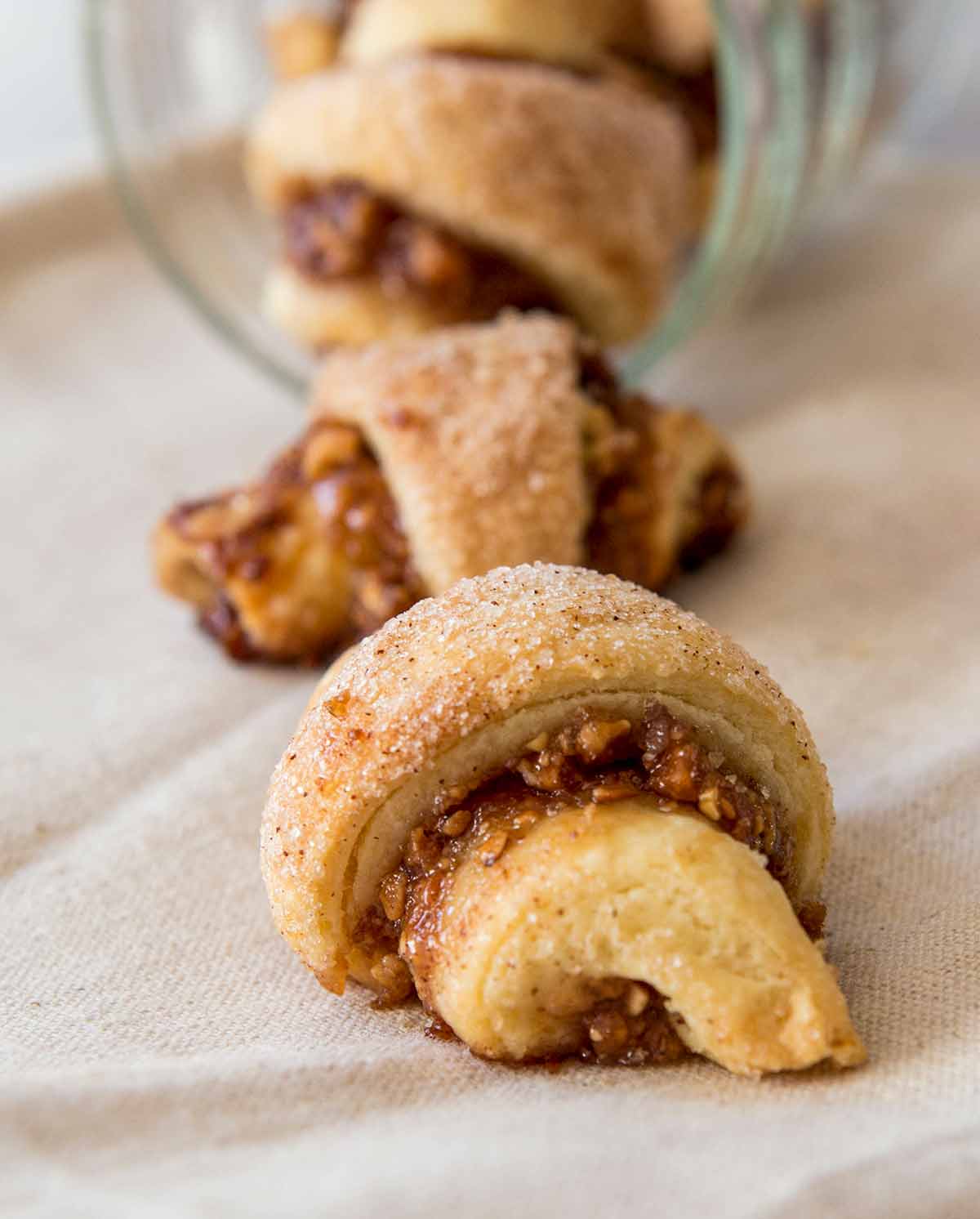 Adapted from Dorie Greenspan | Baking: From My Home to Yours | Houghton, 2006

Sometime during the first year of my marriage, I visited my mother-in-law in her kitchen. There she was, listening to the radio, whistling (she is a formidable whistler), and rolling cream-cheese dough around raisins and nuts to form the crescent-shaped cookies known as rugelach.

I was spellbound—I’d had no idea that rugelach could be made at home. As far as I knew, rugelach, like ketchup or ships-in-bottles, were made only in laboratories. But here was my mother-in-law shaping the cookies with ease.

And a short time later, there I was, eating them with ease. These cookies weren’t like the rugelach my mother bought every week at the local German bakery—they were much better. I was so excited I asked for the recipe.

My mother-in-law wrote it out in her precise hand on a 3-by-5 index card. And, as she wrote, she told me that this recipe was not exactly the same as the one her mother used, that it had come from Mrs. Strauss, her next-door neighbor, and that she was sure I’d have no problem making the cookies as long as I didn’t overmix the dough.

She was right. I was a newcomer to the world of baking, but I had no problem with the dough, the only potentially tricky part of the process.

This is a very old recipe, and I have no doubt that everyone who has made it has added or subtracted a little bit to make it her own—and my mom-in-law, Mrs. Strauss, and I expect you to do the same.–Dorie Greenspan